Driving around, you've probably seen several houses that have solar panels mounted on their roofs. You probably haven't given much thought to these panels until now when you're ready to take start taking advantage of the much more affordable solar energy. This article highlights a few facts you probably don't know about solar panels and solar energy.

The solar panels you've seen mounted on rooftops are part of a larger system. The two systems can be divided into two broad categories, the first of which is referred to as a solar thermal system. The panels might also be part of a different system known as the solar electricity system. Solar thermal systems also go by the name solar hot water systems. They're named thus because their primary function is to heat water. Solar electric systems are named thus because their primary function is to generate direct current. Panels used in solar thermal systems have copper tubes running through the surface of the panel. Cold water supplied to these tubes gets heated by the sun before such water finds its way back to the system storage tank. Panels used in solar electricity systems have photovoltaic cells on their surfaces. These cells convert sunlight into direct current (DC) which is harnessed and used to power electrical appliances around a house.

Panels Don't Necessarily Have To Go On The Roof

Mounting of solar panels on the roof is common practice. So common is this practice that Australia is considered to have the highest number of roof-mounted solar panels in the world. However, solar panels are relatively large fixtures. Installing the panels on the ground is a viable option if you have a small roof or if there obstructions (e.g. overhanging trees and chimneys) that may prevent the panels from receiving maximum exposure to sunlight. Ground installation of panels makes it easier to clean and maintain the panels by eliminating the need to climb the roof for maintenance-related activities. 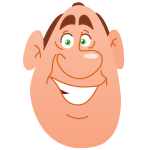 Welcome to my blog! My name is Harold. Every Australian knows how important HVAC is in the summer months, but it is easy to forget that sometimes you need your HVAC system to provide heat in the winter months. A couple of years ago, I learnt a very important lesson. As the colder temperatures arrived, I switched on my HVAC system and expected to be basking in a tropical heat. Unfortunately, I hadn't used it since the height of summer, so I didn't realise that it had failed. I called an HVAC technician out to my house and they inspected the system. It turns out that the coils were covered in debris and this was causing the system to malfunction. Having repaired and maintained my HVAC system for the past 12 months, I decided to start a blog to encourage others to do the same.